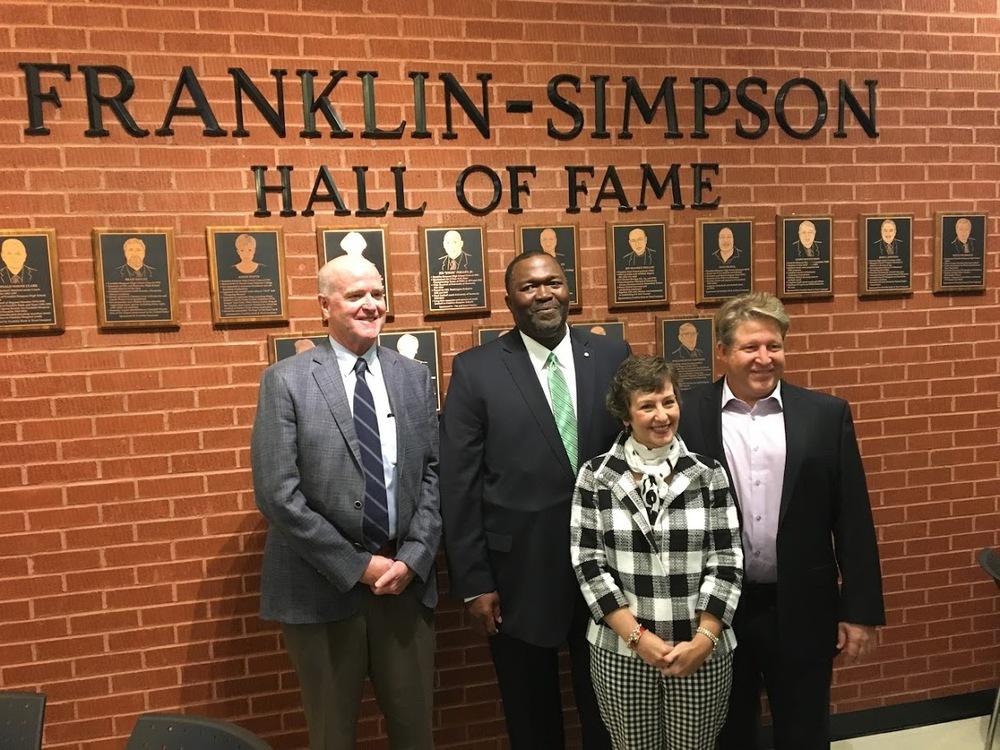 Simpson County Schools wants to celebrate its alumni and significant contributors and school officials need your help.  The school district will recognize its seventh class to the Hall of Fame in the spring of 2019.  The F-S Hall of Fame is located in the Commons Area of FSHS, which is a beautiful area to highlight the Hall of Fame Inductees.

The 2019 induction will consist of a ceremony at the school with a reception to follow.  FSHS and the Simpson County Schools have a rich history and many alumni who have distinguished themselves, as well as many others who have made significant contributions to our school system.

Nominations for the F-S Hall of Fame may be submitted by December 31st to the superintendent’s office located at 430 S. College Street, Franklin, KY 42134.  Nomination forms may be picked up at the Central Office or by going to the school district website at http://www.simpson.kyschools.us/ and clicking the Alumni tab found under Quick Links and then Alumni News.

·         Nomination shall include the completed nomination form and may include up to 5 letters of recommendation (no more than 2 pages), and any other documentation deemed appropriate (not to exceed 5 pages).

·         The selection committee will be appointed by the superintendent of schools on a yearly basis.

·         The selection committee will determine the number of inductees each year.

“We are looking for those people who made a difference in their community, wherever it may be,” said Superintendent Jim Flynn. “This could also be someone who made a significant contribution to our school system,” he said.

The school district has already received several nominations, but wants all deserving people to be considered.

“This is a time to celebrate our graduates who have distinguished themselves and others who made a difference for our school system,” Flynn said.  “The nomination process is simple and everyone is encouraged to nominate a deserving candidate.”

Vision: To be a world-class educational system empowering all students to graduate LIFE-READY!

Mission: To develop all children to their fullest potential and prepare them for the next level of life!

Motto: A Great Place to Learn, Where Kids Matter Most!